Case study:
Why Cranberry networks are glad to be back with Giacom

Originally a Giacom customer, Cranberry IT were offered a good incentive to switch to a different cloud service provider – however they soon realised this was a mistake and came back. With Microsoft’s New Commerce Experience (NCE) looming, they decided to get back in touch with us and are glad they did!

Tell us a bit about you your business and how long you’ve been a Giacom partner?

Foolishly I was persuaded to move my Microsoft licences to another partner about 3 years ago. They offered me a good incentive, but right away it was obvious I’d made the wrong decision; their Customer Service wasn’t good. I’m only a small business and I got the impression they weren’t really interested in working with me.

I’d considered moving back to Giacom for a while, and when I found out about Microsoft NCE’s changes, and that my partner hadn’t even mentioned it to me – I thought this is the time to switch back and got in touch with Giacom.

Find out how Giacom can support and help grow your business.
Request a call back

How was your switch to Giacom?

My account rep Tova Lil has been great. As soon as I contacted her about coming back to Giacom, she easily transitioned my licenses over, and explained and helped me with the complicated NCE process. She really took her time to make sure I was supported. And because she helped me understand NCE, I then was able to then talk to my customers and help them understand what the changes were.

One other thing, the timings of the NCE migration were quite tight, and I ended up with me having to do my migrations on a Sunday. I was worried no one would be around to help if there was a problem, but Tova offered to be on the end of the phone in case I needed her. As it happened everything went smoothly, but it was great to know that I had that level of support with Giacom.

NCE all happened so quickly, because I didn’t have any forewarning about it from my other supplier. So when I found out about it and made the switch to Giacom, I didn’t have that much time to get things sorted, but not only that, understand how it was all going to work. It was all done on fairly short time scale – but you really helped, you got me out of what could have been a sticky situation. 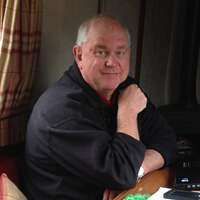 “I was worried no one would be around to help if there was a problem, but Tova offered to be on the end of the phone in case I needed her. As it happened everything went smoothly, but it was great to know that I had that level of support with Giacom."

Would you recommend Giacom to other MSPs?

100%, definitely. The difference between Giacom and my other supplier is like night and day. 100% recommend Giacom.

How have you found our service so far?

Brilliant! Brilliant! Absolutely brilliant, really no comparison to my previous supplier. Their cloud portal was so slow and laborious, whilst your Cloud Market portal is just no comparison. I'm over the moon!

Request a call back

To chat to our team about how we can help your business, just like we helped Cranberry, fill in this form to request a call back.

Cranberry Networks are an IT Services and Support provider based in Harpole, Northamptonshire.