Superior email protection
Your peace of mind
Your customers happy

With 120 million business users worldwide, Microsoft 365 is an irresistible target for cyber criminals. Without a layered security approach, many users can be left vulnerable to sophisticated email-borne attacks, leaving their business open to significant financial and reputational damage.

Vade for Microsoft 365 closes those security gaps and blocks zero-day threats that other solutions might miss. It bolts itself onto Exchange Online Protection as a complementary layer of protection and uses AI-based machine learning to predict patterns of new and emerging threats. Set and forget email protection that lives inside Microsoft 365, so resellers don’t have to.

“Email security is a top-three initiative for nearly every one of our clients, driven by a sharp rise in phishing attacks targeting Office 365 users. We’re excited to expand our offerings with Vade for Office 365. It enables us to offer our Office 365 clients an email security solution that is incredibly easy to deploy, provides a high level of protection, and is cost advantageous.”

Vade is fully integrated with Microsoft’s API for Microsoft 365, meaning it can be deployed in minutes without requiring an MX record change or complex configurations. You can easily run a zero-risk trial period – for around five days – in the default monitoring mode too, enabling Vade to analyse your customer’s emails without activating email defence. A full report would be supplied after the initial monitoring period, breaking down the outcome of what would have happened in active mode. Vade goes above and beyond the level of protection available from other solutions, keeping your customers secure and sticky.

Great product features and benefits for your customers

Try Giacom for free, sign up takes less than a minute

We’re proud that our customers rate us 4.9/5 on Trustpilot

How joining Giacom will make life easier for you

Try Giacom for free, sign up takes less than a minute

How joining Giacom will make life easier for you

Get in touch to learn more about this product

Partnering with Giacom helps you save money and work more efficiently.

Vade is a global leader in predictive email defense, protecting 1 billion mailboxes in 76 countries. Their team of cybersecurity technologists and innovators are committed to developing best-in-class technology to identify and block phishing, spear phishing, ransomware, and malware.

How is AI-based threat detection so effective?

Vade for 365 blocks advanced attacks from the first email thanks to machine learning models that perform real-time behavioral analysis of the entire email, including any URLs and attachments. Leveraging data from more than 600 million inboxes, their AI-based threat detection stops threats before, during, and even after attacks.

Is Vade a Microsoft partner?

A Microsoft Co-Sell Ready Partner, Vade has aligned their product and business with Microsoft to complement existing offerings and processes. Vade for Microsoft 365 natively integrates with Microsoft 365, runs on Azure, and leverages Exchange Online Settings. It’s easily sold as an add-on to Microsoft EOP, with the convenient monthly billing clients expect.

How easy is it to set up?

Vade for Microsoft 365 is easy to activate, requiring only a few clicks and no MX record changes. It’s a low maintenance solution that requires no end user training and no complex configurations, allowing you to spend less time administering and more time focusing on core objectives.

Why protect Microsoft 365 with Vade?

Because of its dominant share of the cloud email market, Microsoft 365 is an irresistible target for cybercriminals. With just a single email attack, they can penetrate the entire Microsoft 365 suite along with other corporate systems and data, wreaking significant financial and reputational damage.

There’s a common misconception amongst businesses that Microsoft’s bolted-on Microsoft 365 security tools are enough to block the majority of email-borne attacks. But as much as 40% of Microsoft 365 deployments* rely on third-party tools to fill gaps in security and compliance, due to the ever-evolving severity of cyber security breaches.

Is there a contract?

We don't believe in contracts or tie-ins here at Giacom. Our simple, monthly billing allows you the freedom to switch off your account when and if necessary.

Signing up with Giacom is easy and only takes a few short minutes! Simply fill in our reseller form with a few of your details, and we'll get back to you as soon as possible. 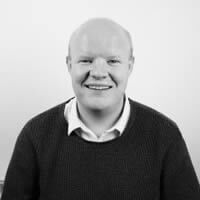 “Giacom, as a company, just works. The Cloud Market is easy to use, creating accounts takes seconds, and there’s always new offers which we can then market to our customers. The team deserve praise for the service they provide, they make any reseller look good!”